While your average feline friend spends their days being spoiled from the safety of their living room, there are some cats out there known as working cats that have important jobs to do. These cats are often rescued, and they spend the majority of their time serving a very important purpose for the humans that have given them a roof over their heads.

For one rescued cat named Larry, he’s served as Chief Mouser to the Cabinet Office for over a decade. He was adopted—or better yet, recruited—from Battersea Dogs & Cats Home in February of 2011, and he takes his duties quite seriously. He is beloved by those he serves, and the people, too, for his silly cat antics. And in addition to his charm, it seems that Larry the Cat is quite brave, too. Just recently, Larry showed off his guard cat skills when he came face to face with a fox just outside of his famous residence.

Check out the video here, which proves that Larry is one brave cat regardless of his age…

We’re grateful that Larry lived to tell the tale, but things could certainly have gone south quickly when faced against a predator so much larger than he. Perhaps Larry can stick to mousing, as it’s much safer! But, we will say, this fifteen-year-old tabby proves that age is just a number. For more on Larry, be sure to check him out here on his official Twitter account. 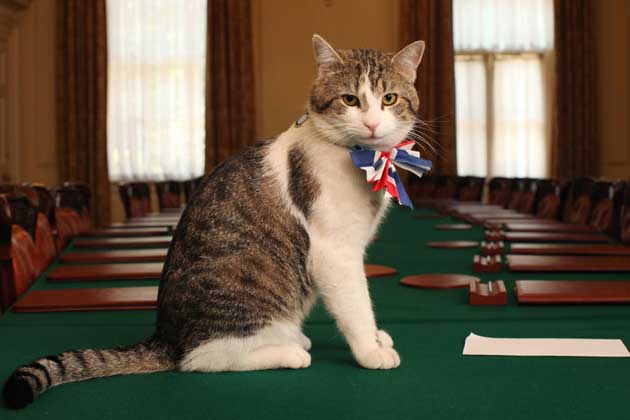 Additional Images Courtesy of Larry the Cat – @Number10cat on Twitter 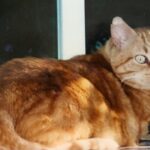