The RSPCA has launched its annual Adoptober campaign encouraging prospective pet owners to consider giving a rescued animal a new home as new figures raise concerns that more animals are being relinquished to charities at a time when rehoming has slowed.

The animal welfare charity – which operates 14 national rehoming centres across England and Wales, while supporting a network of branches with an additional 45 animal shelters – has released new figures that show rehoming has dropped 10% while animal intake is up 8.4% year-on-year.

The RSPCA’s annual Adoptober rehoming drive has kicked off today – coinciding with World Animal Day (4 October) – and will run throughout this month, promoting adoption and highlighting the many animals the charity has waiting to find their perfect match.

The charity fears that the cost of living crisis means more animals are coming into its care while less people are considering taking on a new pet.

In 2021, the RSPCA’s network of centres and branches rehomed 26,945 animals; an 8% drop compared to the previous year when 29,358 animals were rehomed, despite the Covid pandemic affecting the way in which charities across the nation could rehome.

Pet welfare expert Dr Samantha Gaines said: “It’s really concerning to see that animals are staying in our care for longer and that less are being rehomed year-on-year. Unfortunately, we believe we’re really starting to see the devastating impact of the Covid-19 pandemic and the cost of living crisis.

“Many of the animals – particularly dogs – who are coming into our care have behavioural challenges which could be linked to how they were bred as well as lockdown limiting the amount of training, socialising and outside world experience they had.

“We’re also beginning to see more animals coming into our care because their owners simply couldn’t afford to care for them any more; or, in the most extreme cases, having been neglected or abandoned due to the rising cost of pet care.

“Sadly, this is coming at the same time that potential pet owners are deciding now is not the best time to take on an animal due to the soaring cost of living, and feeling they cannot financially commit to adding a pet to their family at such a worrying time.

“For those who are able to bring a pet into their home, we are urging them to really consider adopting rather than buying. Many of our animals will already be neutered, vaccinated and treated for fleas and worms – making it much more cost-effective – and we will work them to make sure they find their perfect match.”

In 2021, the RSPCA saw more dogs, rabbits and other pets (including small furries, pet birds, farm animals and exotics) coming into its care than in 2020. Intake for cats and horses fell by 1.7% and 18.1%, respectively.

The RSPCA’s Animal Kindness Index – released earlier this year – highlighted the impact the cost of living crisis is having on pet owners. The survey found that 68% of pet owners were concerned about the increasing cost of pet care while 19% were worried about being able to afford to feed their pets.

Figures released by the charity in August revealed that its cruelty line was receiving more than 100 reports a day of animals being abandoned throughout 2021; and the concern is that the cost of living crisis could lead to this riding even higher.

The RSPCA is searching for homes for hundreds of animals at the moment, with many more in its care who are not quite ready to go to their new families. Here are some of their longest-stay residents:

Could you offer a rescue pet a loving new home? Please visit Find A Pet to see all of the animals currently in our care who are looking for their paw-fect match.

If you can’t offer a rescue pet a new home perhaps you could help in a different way?

We regularly write about all things relating to cats on our Blog Katzenworld!

My partner and I are owned by five cheeky cats that get up to all kinds of mischief that of course, you’ll also be able to find out more about on our Blog

If you are interested in joining us by becoming a regular contributor/guest author do drop us a message @ info@katzenworld.co.uk . 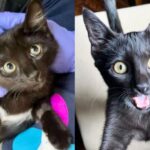