A cat who was found near a creek, rolled around on the ground as he was ready to be taken into a good home. 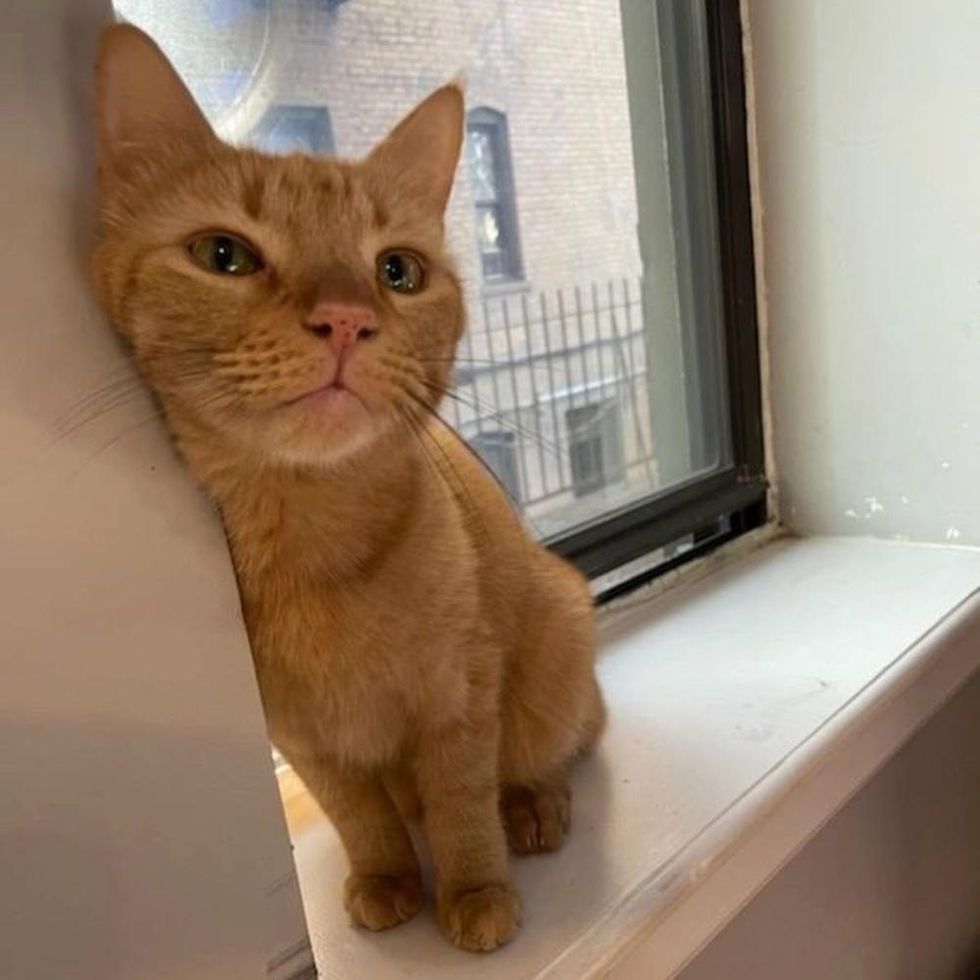 Last month, Gissell, the founder of Paws of Hope NYC, was on her way home when an orange tabby caught her eye. “I was exiting the highway. It was already dark, but the cat stood out to me because of his size and color,” Gissell told Love Meow.

The cat was alone scrounging for food across the street from a creek in East New York, Brooklyn. Gissell pulled over and went to check on the feline. She brought a can of food, thinking she would use it to lure the tabby to her.

“He immediately approached me. Surprisingly, this gentle giant was more interested in belly rubs than my food.” 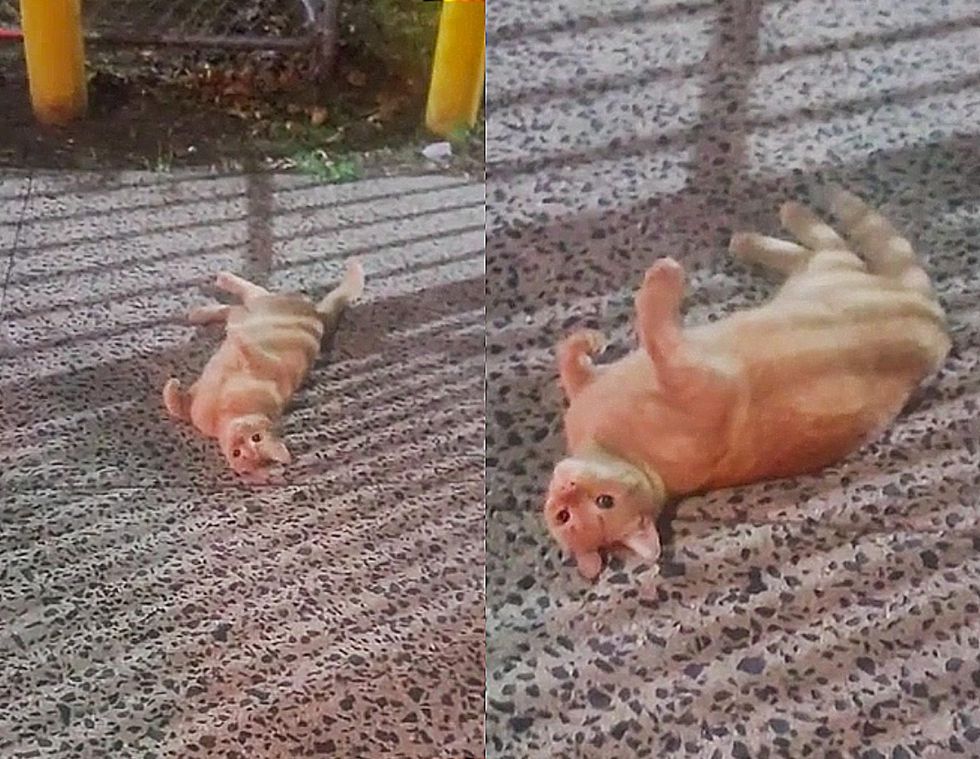 Buttons was found near a creekPaws of Hope NYC

When the cat noticed Gissell, he plopped down on the ground and started rolling around with his belly exposed — a sign of trust. He then wriggled towards his human friend instead of using his legs to walk.

The cat was over the moon to be found and came right up to Gissell for some head scratches. “He rolled over for me a few times, so I knew I could just scruff him into my carrier.” 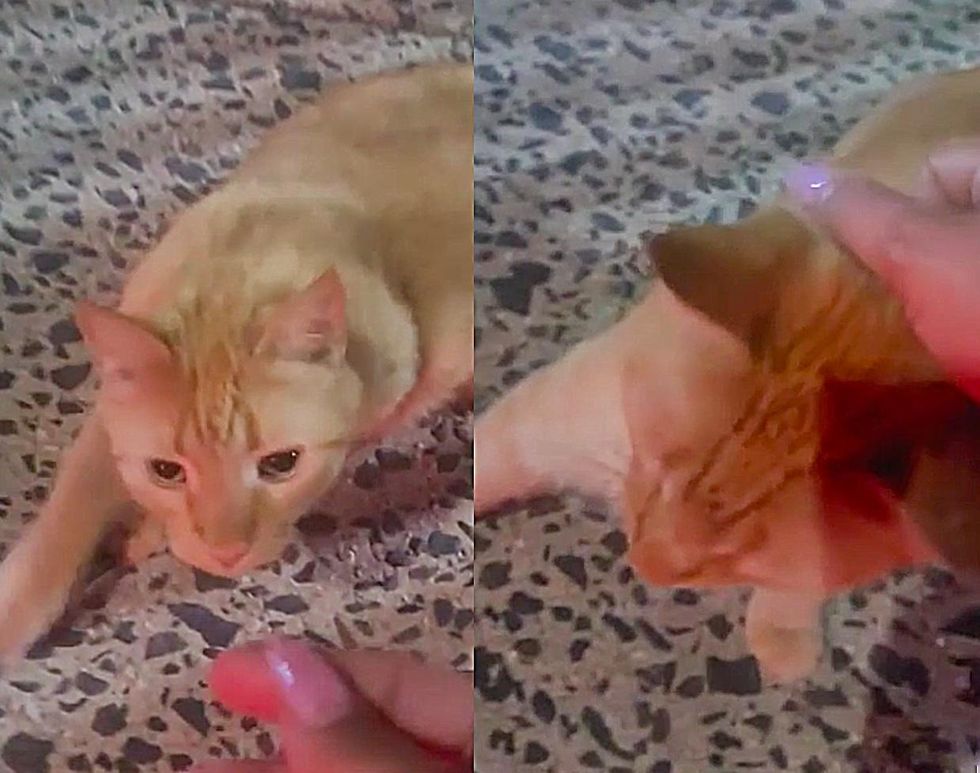 The tabby named Buttons left the streets that night and was able to sleep with a full belly and a roof over his head. “I was relieved that he ran into me. He was in the right place at the right time,” Gissell shared with Love Meow.

Watch video: Buttons the cat when he was found.

Buttons was estimated to be five years old, and no one came to claim him. Soph, a foster volunteer of the rescue, took him into her care and provided a comfortable space for the tabby boy.

“He’s extremely affectionate and loves to rub himself up on his humans.” 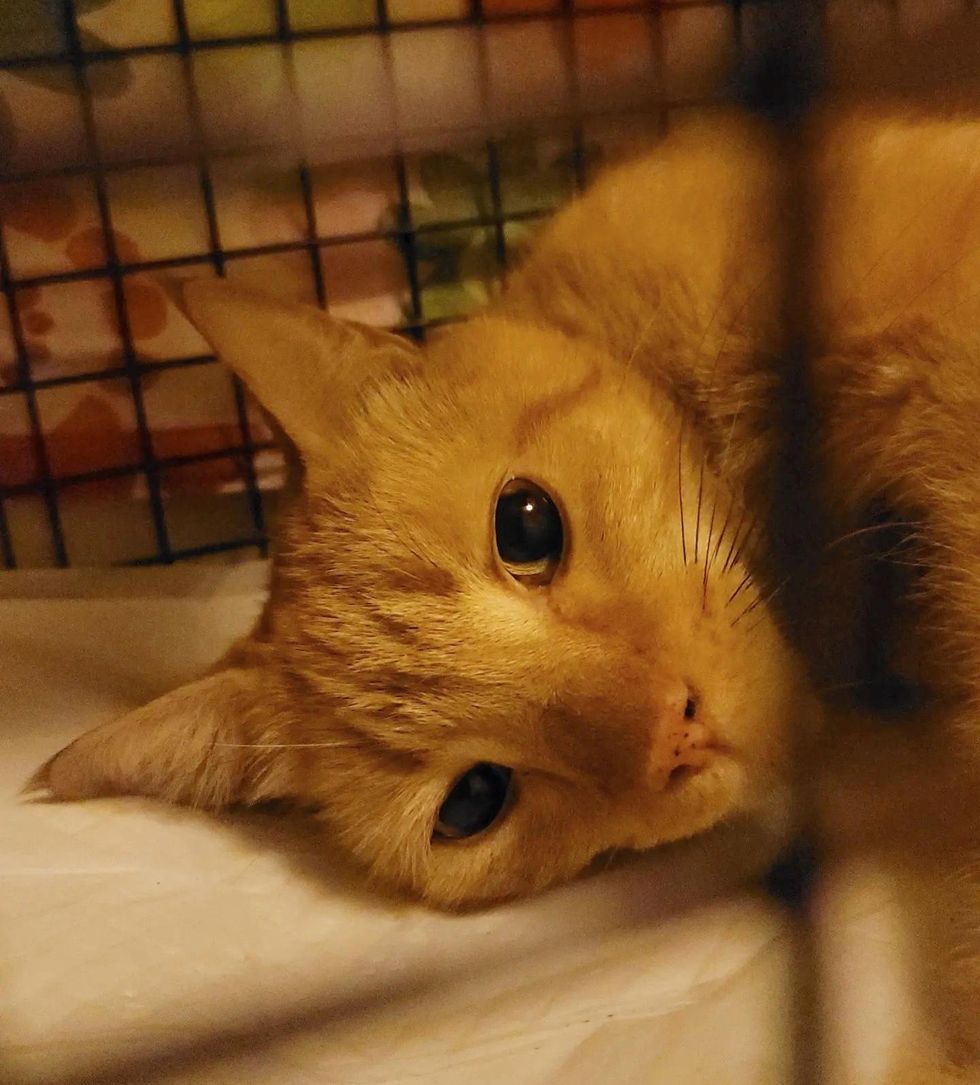 It didn’t take long until Buttons made his way onto her lap and chest for some extended cuddle sessions.

“Buttons is the ultimate snuggle machine. He wants to hang out with you no matter what you are doing, but also enjoys a nap in the sun by himself,” Soph shared with Love Meow. 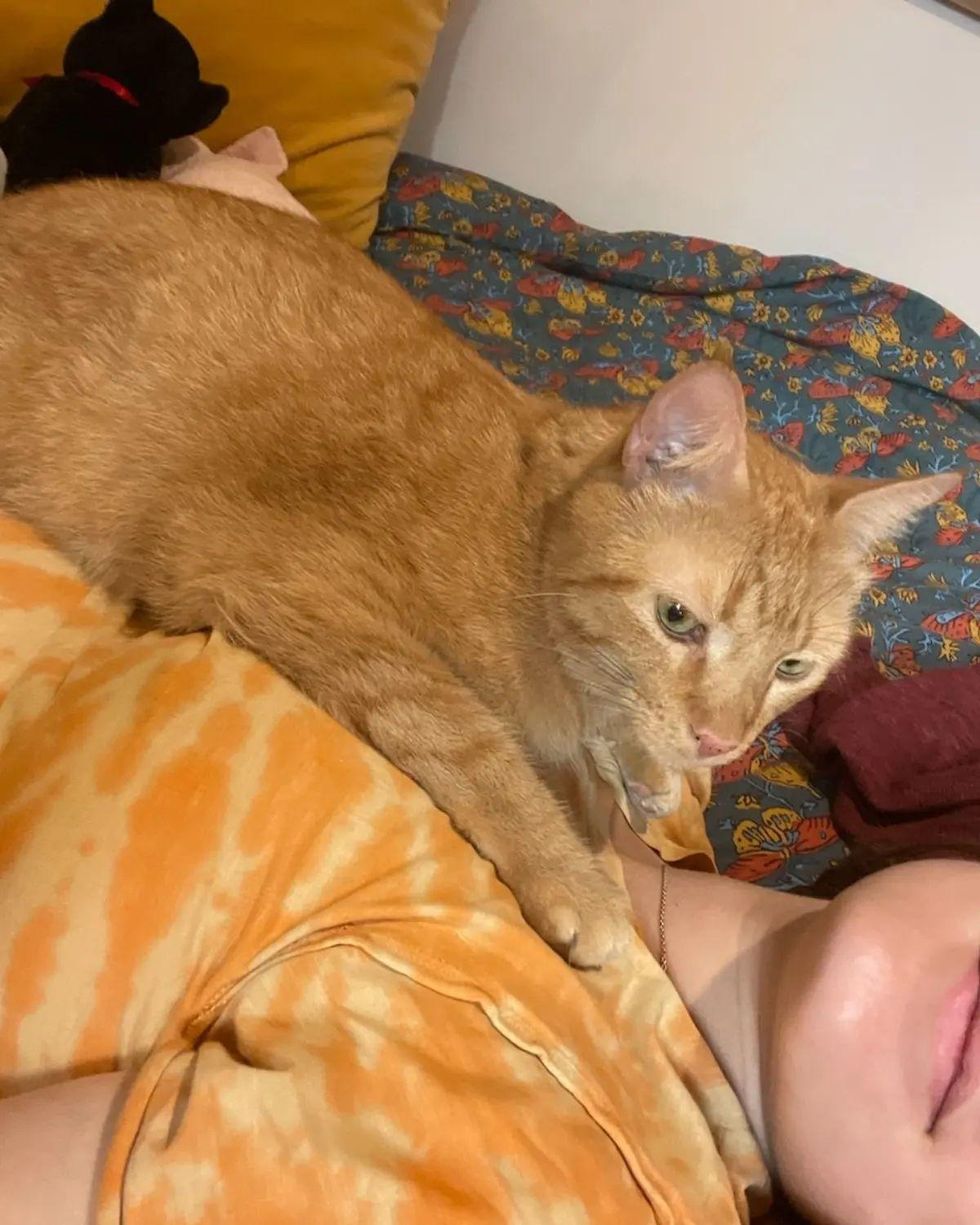 Buttons is the ultimate cuddlerPaws of Hope NYC

“He’s full of personality and very chatty, and he really enjoys watching movies. He’s brave with new people, happy as long as someone he knows is around.”

Buttons revels in rolling on his back, especially when catnip is offered. He cherishes every moment with his people and loves being in their company 24/7. 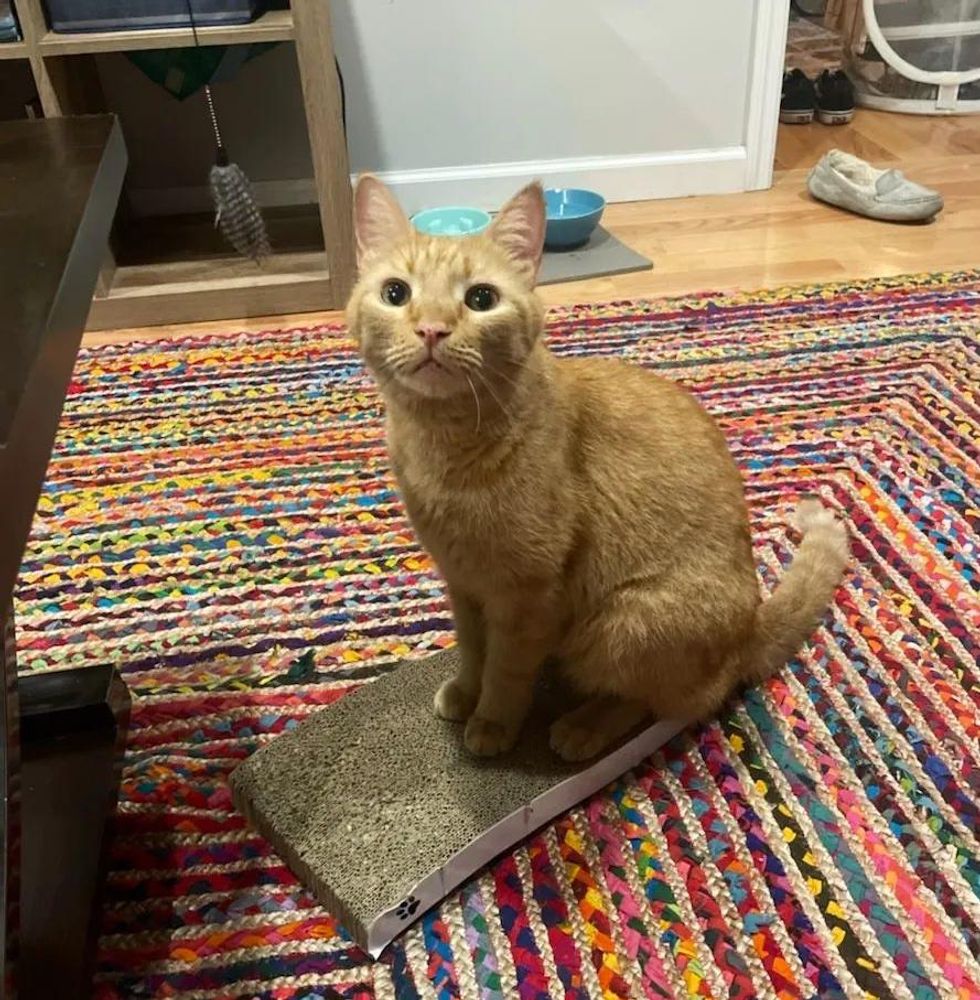 “He sleeps through the night at the end of my bed and wakes up to give me a snuggle as soon as my alarm goes off. He’s very curious and likes to investigate any new sounds in the house, even the printer and the vacuum.” 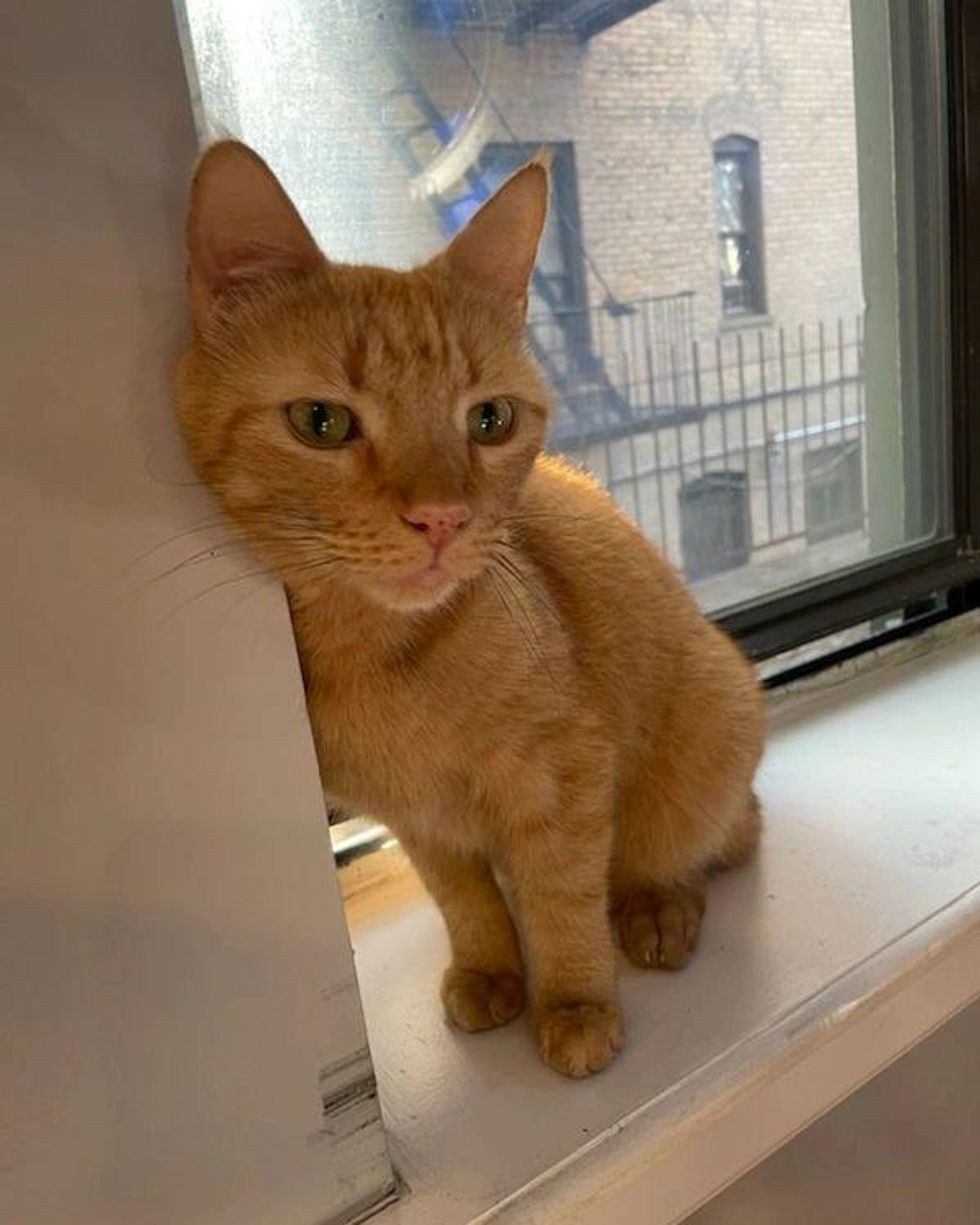 “He likes to eat while you’re eating and enjoy a family style meal. Buttons is soft, lovable, and a joy to be around. He’s one of the best cats I’ve ever met, and my roommates and I fell in love with him from the moment we met him.” 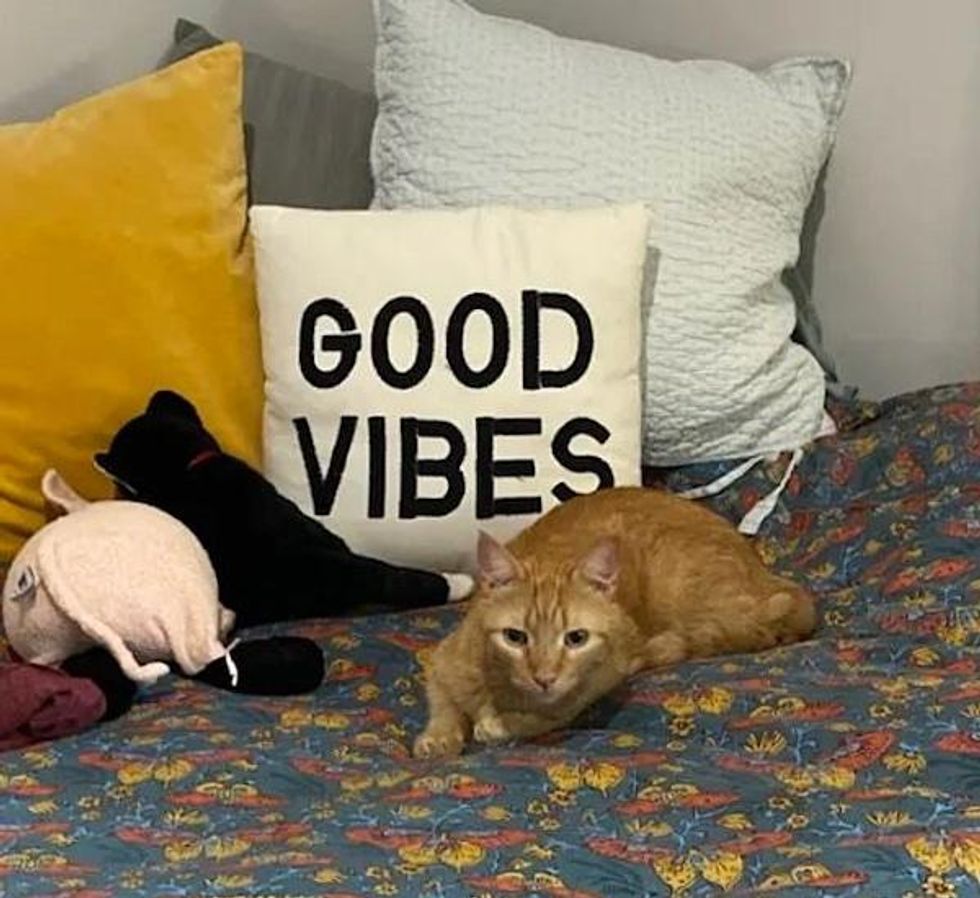 Buttons, the former stray found by the creek, now greets people with face rubs and an abundance of affection.

“His ideal first date is a belly rub with some chin scratches.” 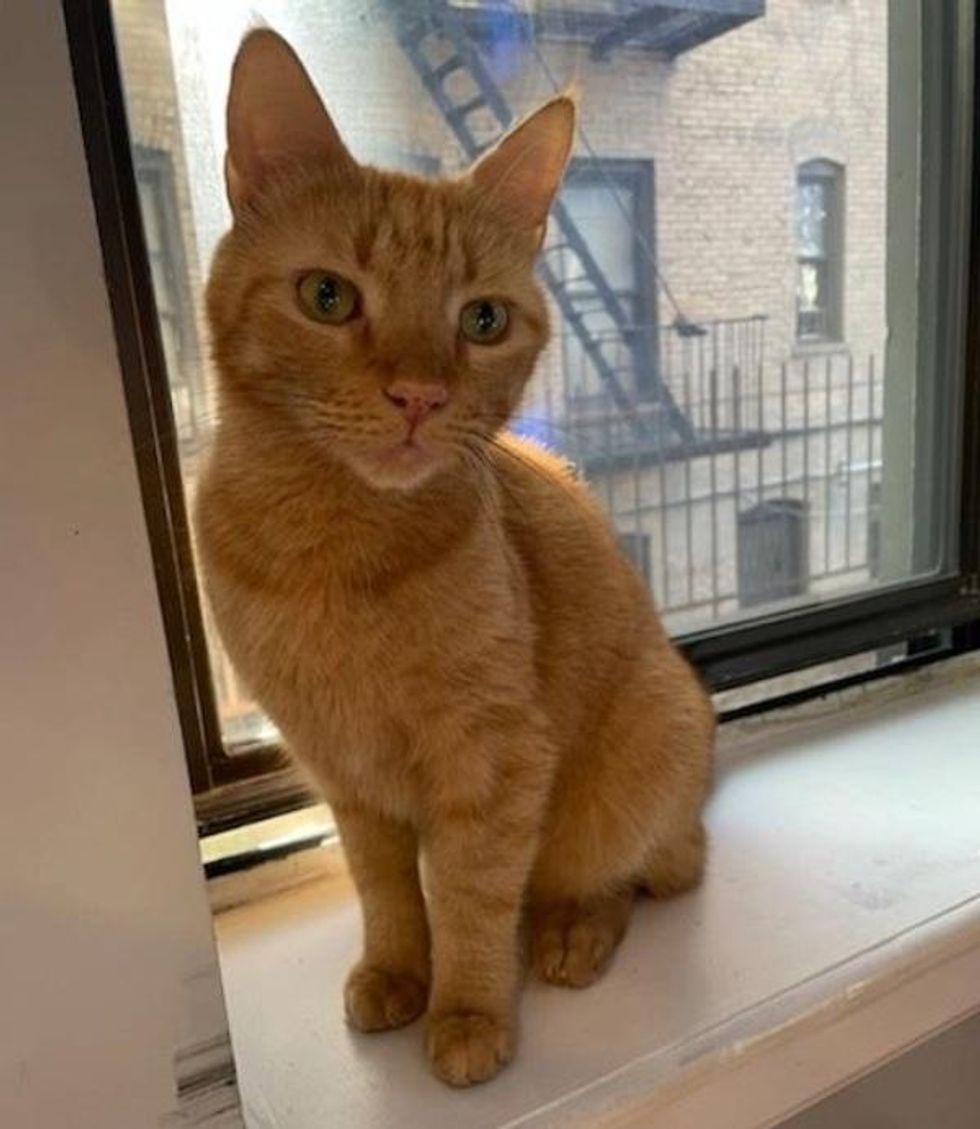 Related story: Kitten Who is Done with Outdoor Life, Decides to Sit on the Driveway of a Home Until She is Taken in 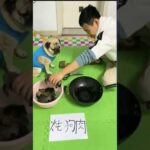 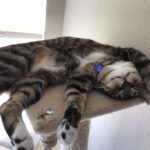