A cat was found living under shopping carts with her two kittens. They decided to trust after 24 hours indoors. 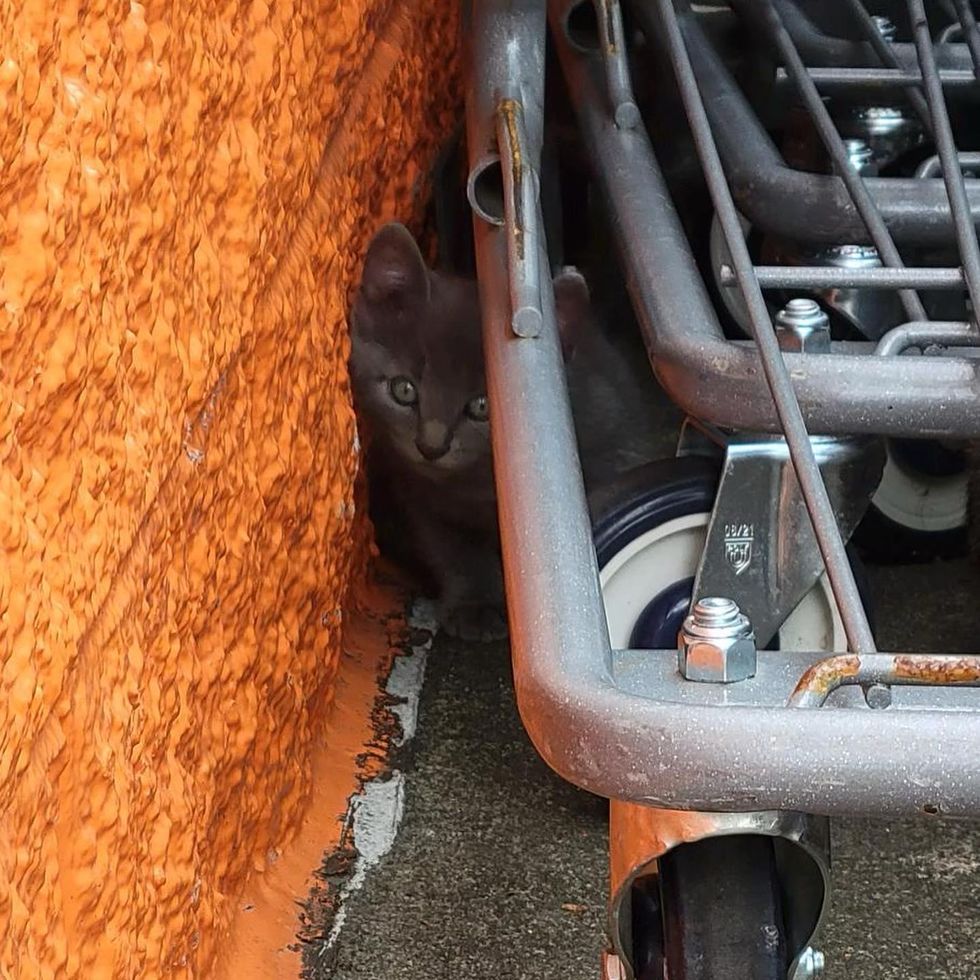 When Sparkle Cat Rescue was notified about a stray cat nursing two kittens at a Walmart, their volunteers sprang into action. The trio were found hunkering down under a packed row of shopping carts.

Within ten minutes, rescuers were able to get the mother and one of the kittens safely into a humane trap. The remaining little one was too savvy and gave his rescuers a run for their money.

After waiting for what seemed to be an eternity, they decided to try a different approach. 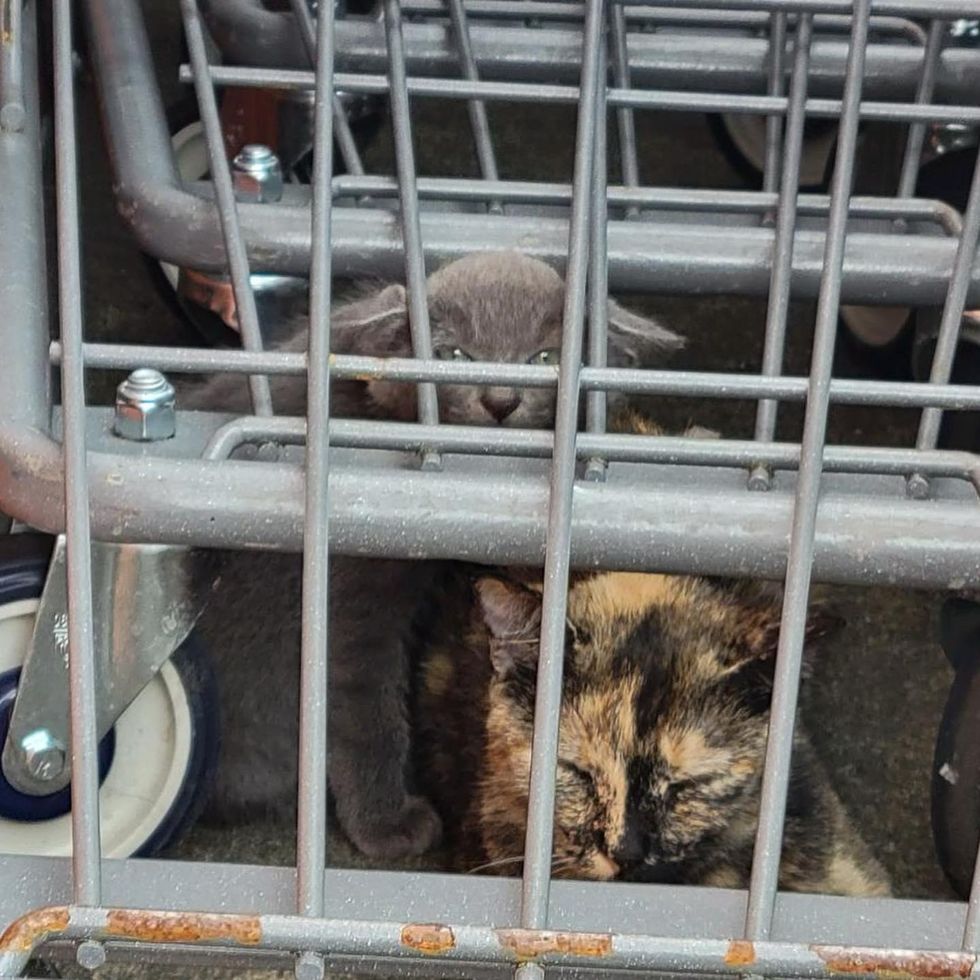 They were found living under shopping cartsSparkle Cat Rescue

Christina, an experienced TNR rescuer, attempted to lure the remaining kitten out with his sibling, but that didn’t work. When she switched to the tortie cat, the kitten slowly emerged from hiding to the sound of his mother.

After over two hours of effort, they got the final kitten and reunited him with his family. 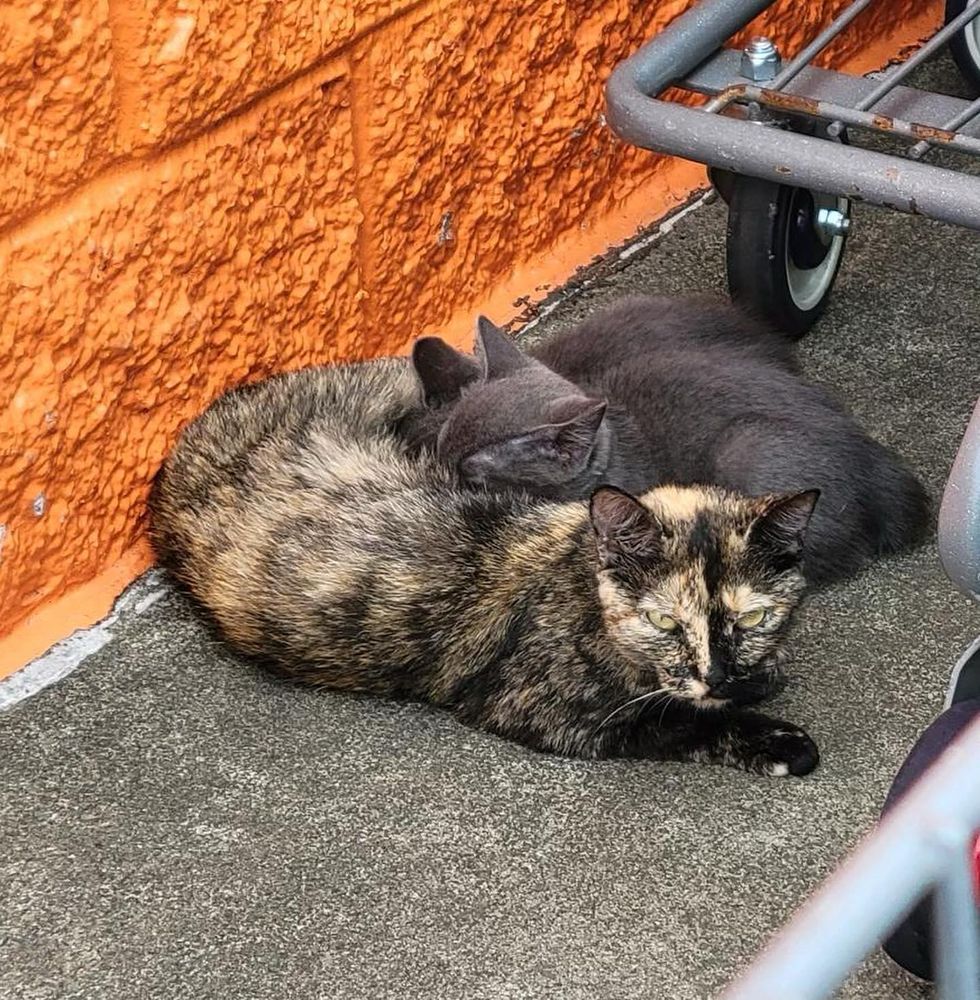 “The last kitten trapped was the most hissy and his sibling fed off of it,” Sparkle Cat Rescue shared with Love Meow.

That night, the family of three were able to eat to their hearts’ content and rest comfortably in a quiet space. In just one day, the kittens, Raz and Taz, went from being hissy spitfires to accepting pets and snuggles. 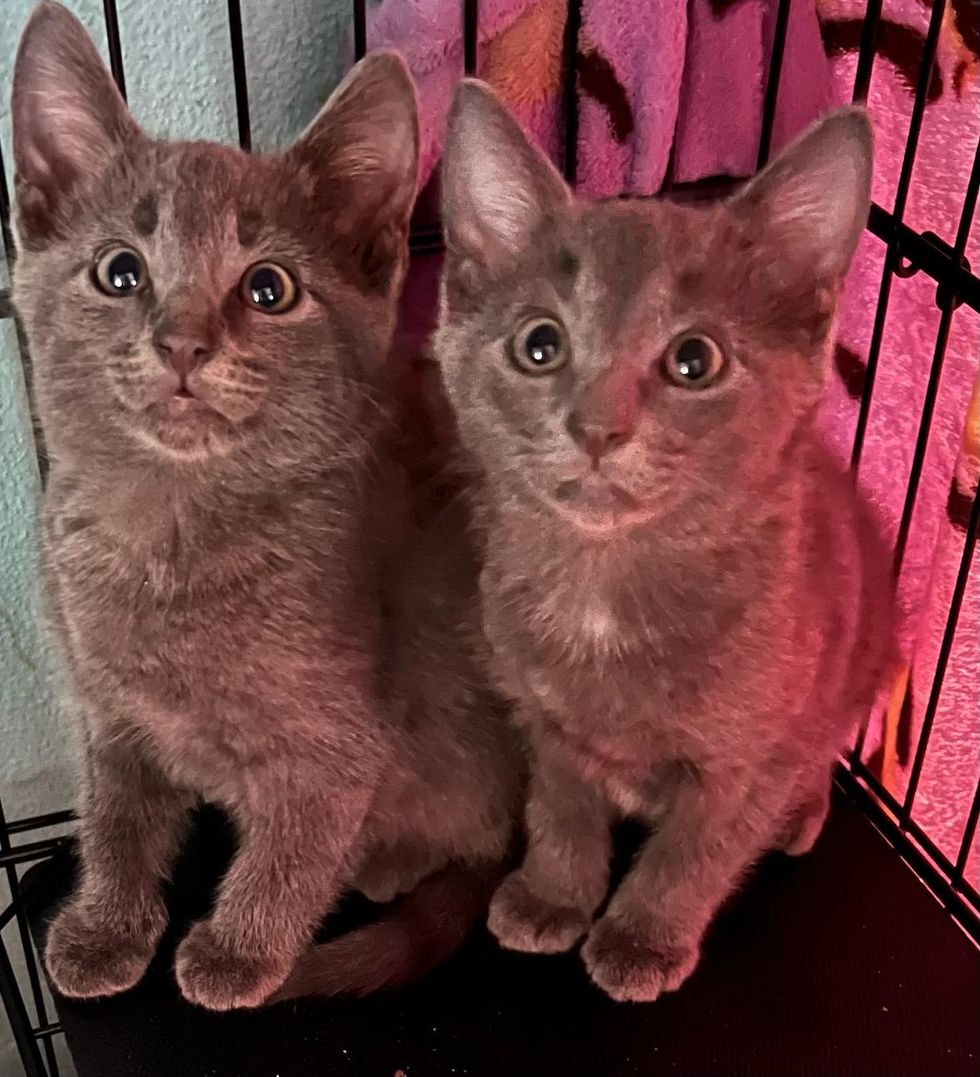 The tortie cat, Nora, was a little timid but inquisitive about people. The change in her kittens’ demeanor gave her the confidence and reassurance that they were safe.

“The Walmart employees said she had the kittens in the garden center. The babies might not have survived had they stayed at the parking lot where there is such high traffic. We are so thankful that they are healthy and safe.” 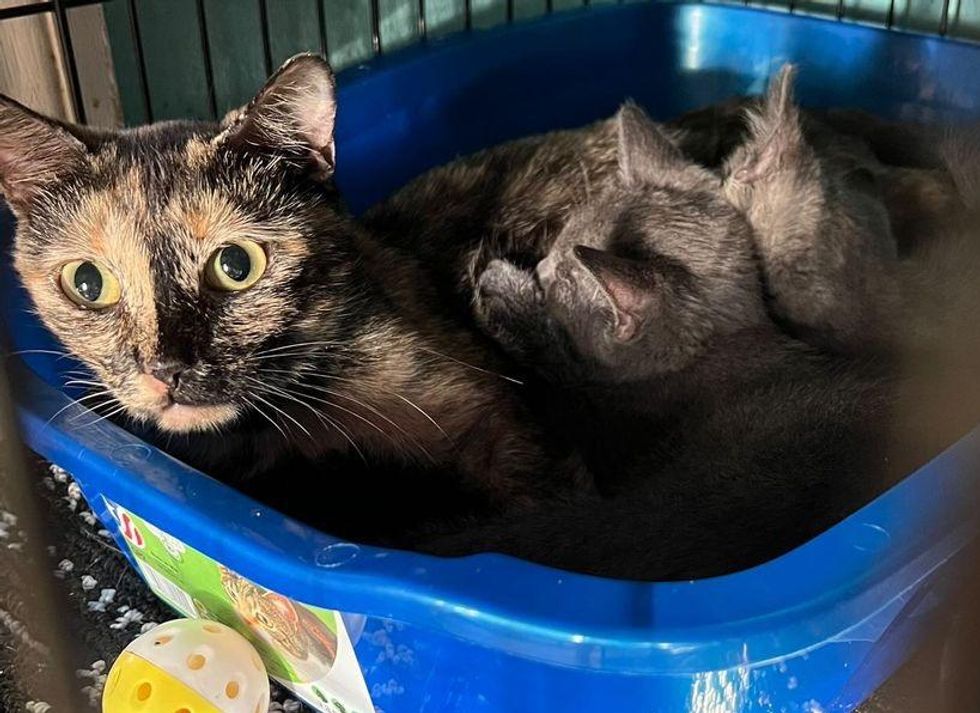 Raz and Taz, then six weeks old, were eating canned kitten food like champs. They still enjoyed nursing on their mom throughout the day for additional snacking and comfort.

“Raz is the larger of the two and has a little shorter tail. Taz loves to jump up on laps once he feels comfortable with you.” 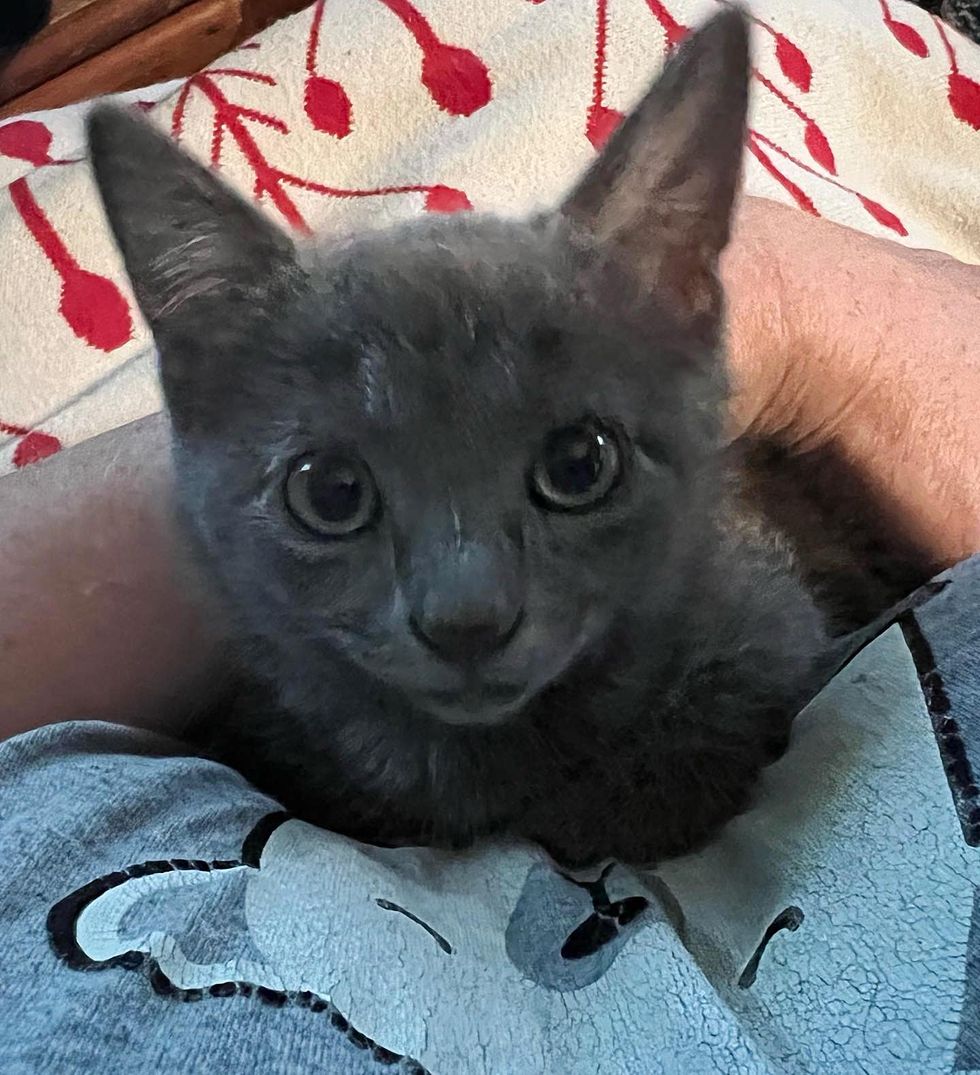 The two have been a bonded pair since day one. They feed off each other’s energy and do everything together as partners in mischief. Raz has learned to be brave by watching and imitating his brother.

After each play session, they curl up in a basket or bed, wrap their arms around each other before purring themselves to sleep. 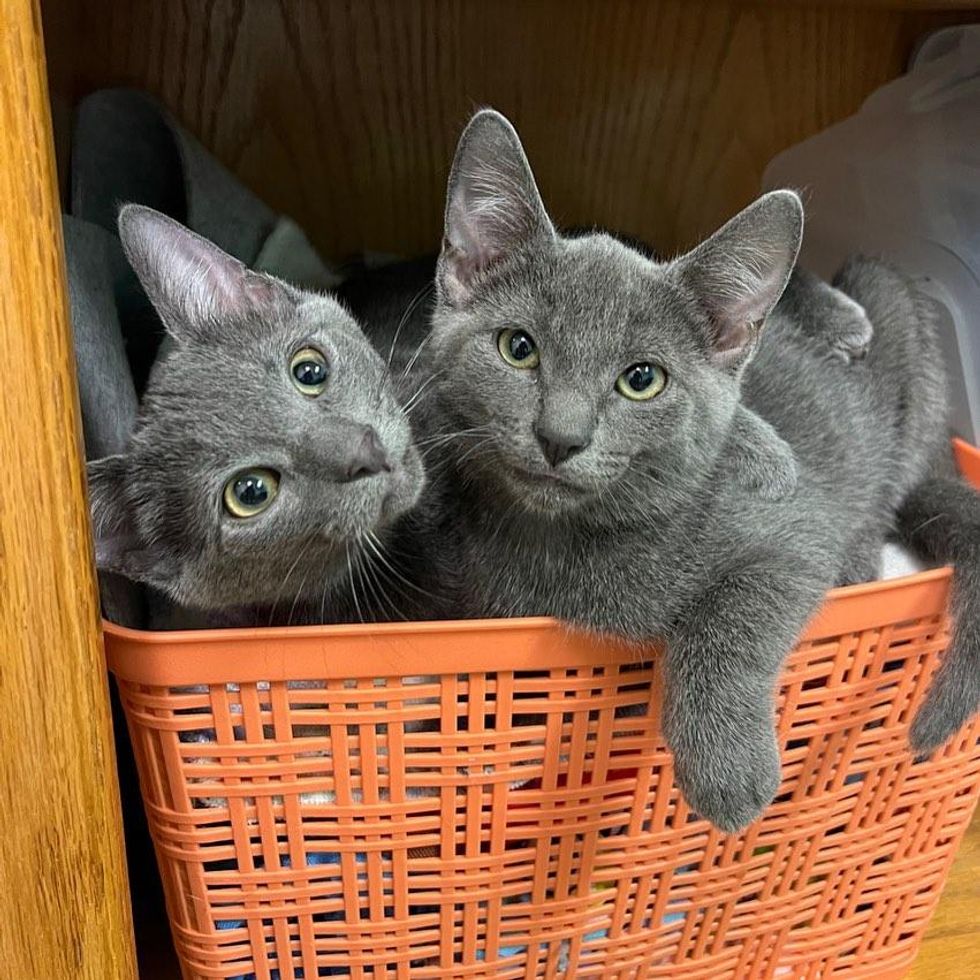 They are a bonded pairSparkle Cat Rescue

Nora is happy as can be now that her job as a mother is complete. She is still working on socialization with the help of a loving foster family and other feline friends. 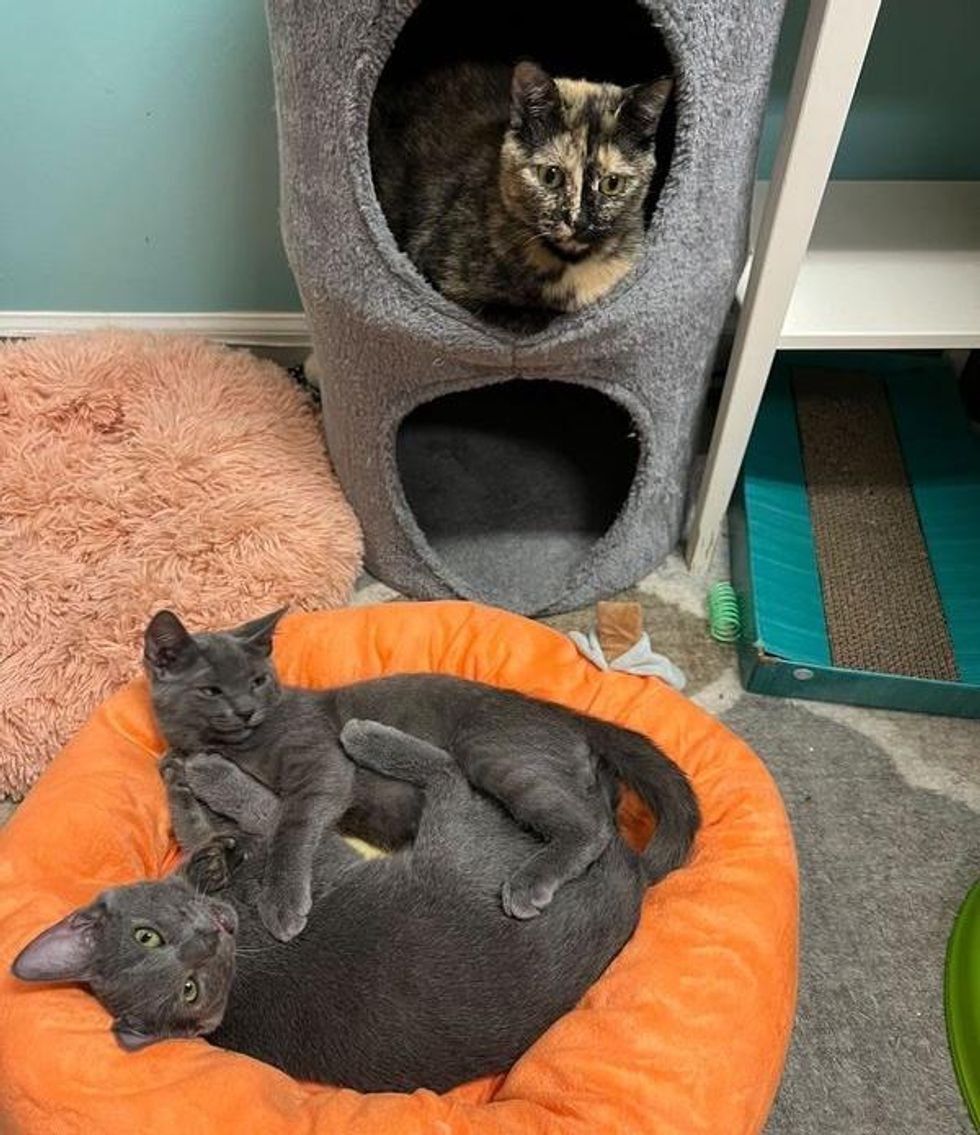 Every day, she makes good strides and gains more confidence. “She is a little shy but very curious about people and good with other cats.” 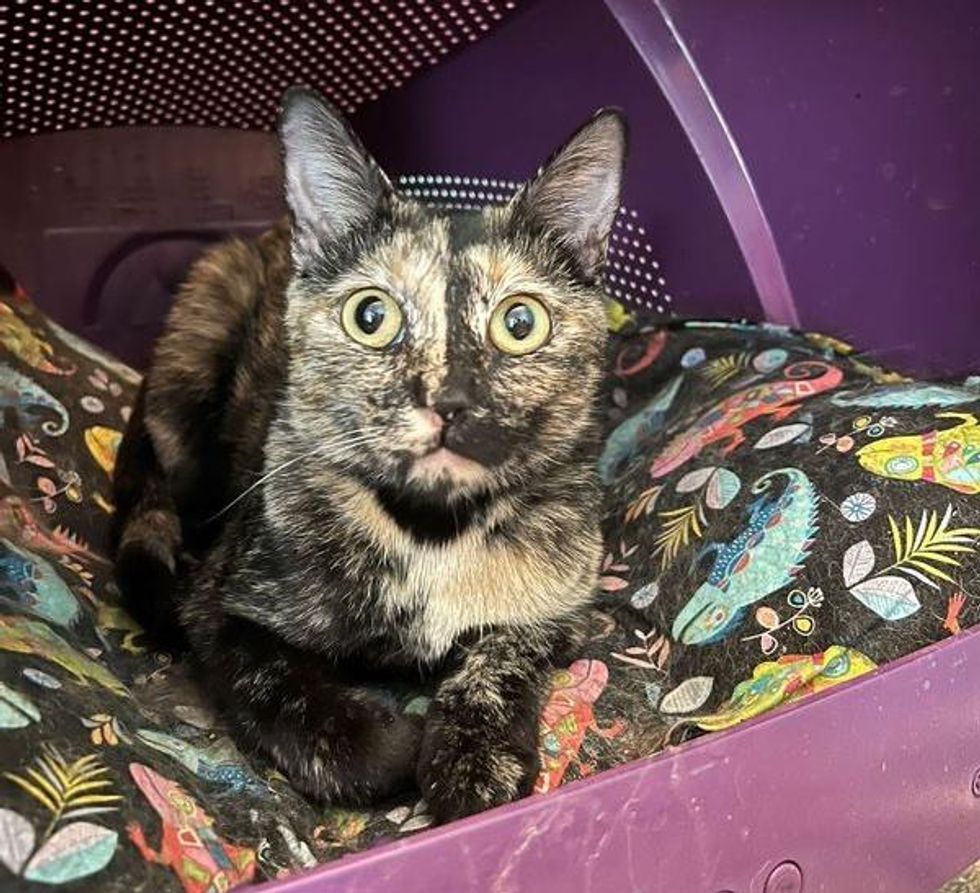 After nearly two months in foster care, Raz and Taz had their dream come true today when they moved into their forever home together.

In no time, they will claim all the big chairs in the house and fill their kingdom with purrs and cuddles. 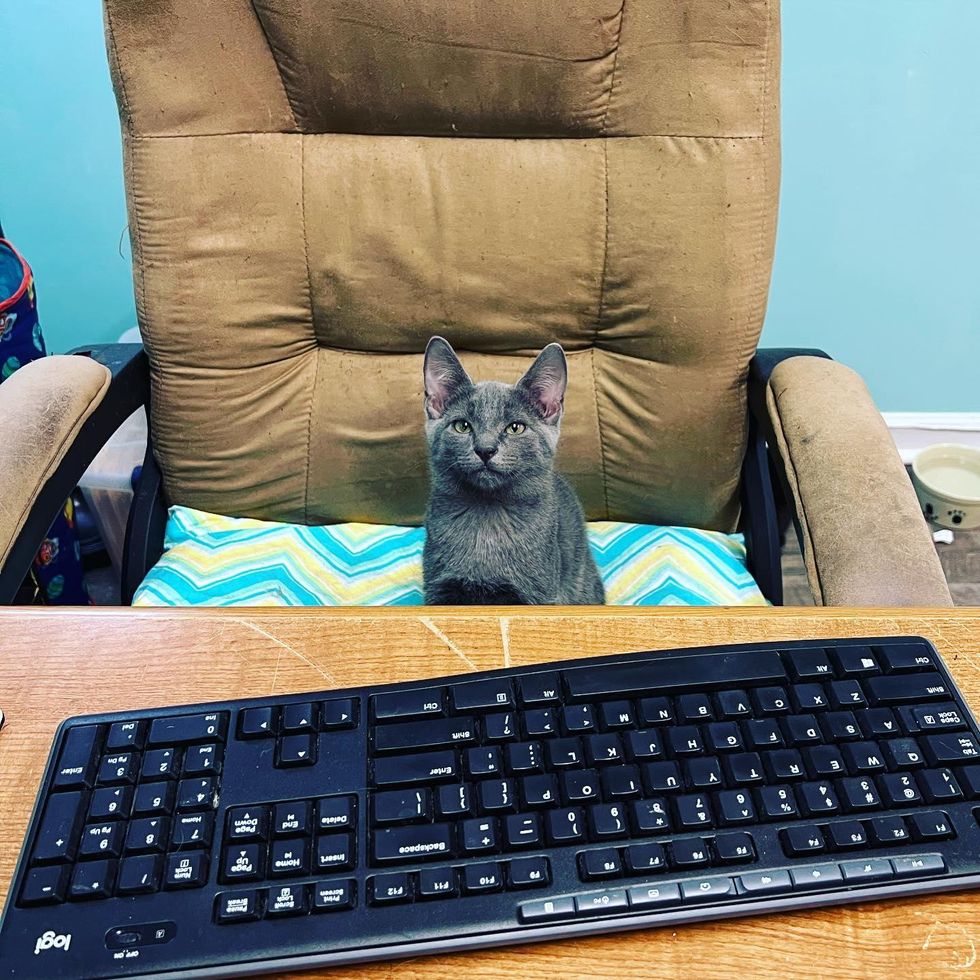 “We can’t help thinking how lucky they are. We are so glad we could save them and make such a difference in their future.” 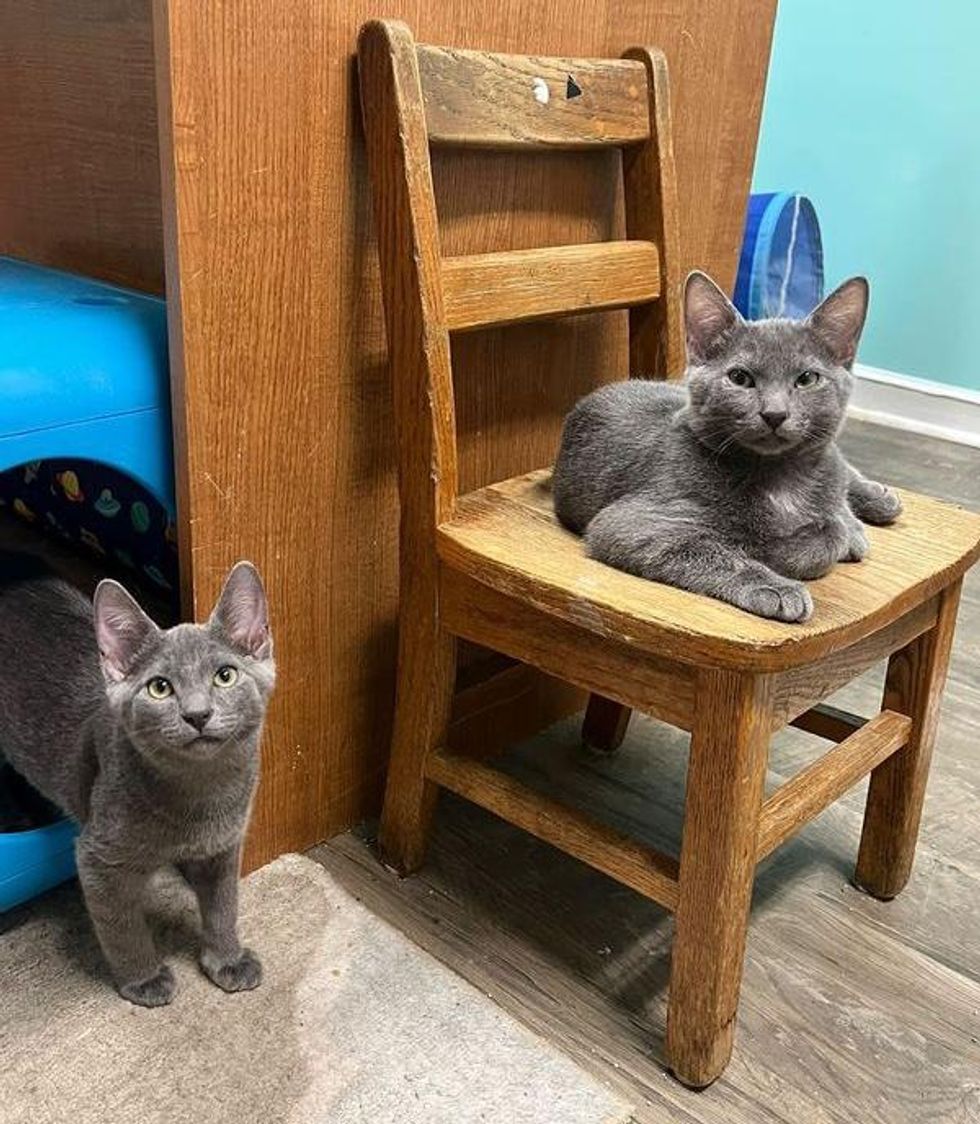 Related story: Kitten Spotted in Office Building Warms Up to People and Begins to Trust and Purr 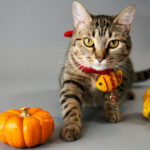 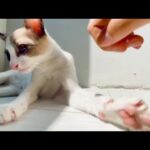